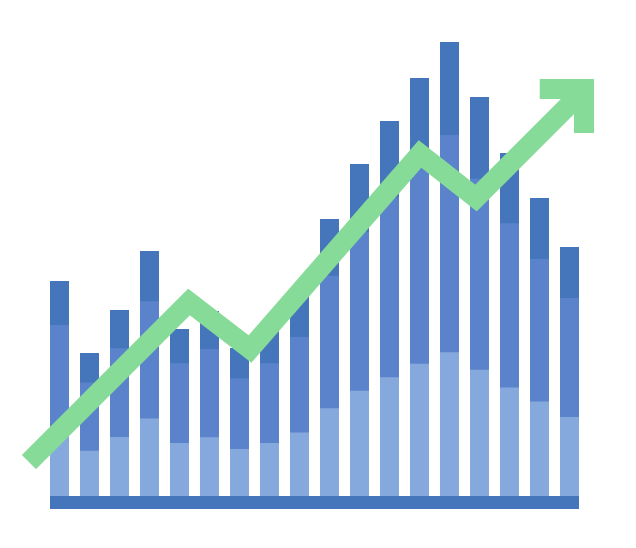 Why investing is important to me

Money is such a sensitive topic.

Some people have lots of it, some have negative amounts of it (debt), however, like it or not, money is pretty much a mandatory part of most everyone’s life.

Mandatory, yes, yet we all know it’s important not to obsess over it. The problem is that unfortunately - it can’t be completely ignored.

Although it sometimes seems complicated, with money, you can either spend it, or not spend it.

Why not just spend it now?

Spending money does feel good. That’s for sure.

There is something definitely to be said about investing in yourself, your relationships, and enjoying your life here on earth (experiences). I’ll take a ‘quality’ shorter life over a ‘quantity’ life all day long.

For me, with most things, I’m extremely ‘frugal.’ I don’t care much about wearing really nice clothing, or traveling first class or staying in luxury hotels.

However, as contradictory as it might sound, anybody that knows me personally, knows that I love to spend my money on experiences. I have no issues with spending money to continue my education, improving my skills (‘investing in myself’), traveling to some new place, or having some new weird adventure.

Investing in yourself can come in many ways, and more often than not can be some of the best investments you are able to do. Same with experiences - travel more :)

So if you’re not spending all of your money on these important things and are fortunate enough to have some left over, what are you supposed to do with the leftover funds?

By practicing selective frugality constantly, I’ve consistently kept my living expenses very low. I still travel often (over 60 countries to date), but still have been able to save >80% of my salary for a number of years.

With these extra funds, they’re saved and invested for the long haul.

What is investing anyways?

Everyone talks about “investing.” We all know we should ‘invest’, and ‘save more than we spend.’ But, there’s always a ‘greedy’ aspect that I don’t like around this topic.

I’m amazed at the sort of responses I get when I discuss investing with most people, especially my fellow millennials…. “I don’t understand it”, “I’ll figure it out later”, etc.  But it’s easier to spend I suppose.

The definition of “Investing” is the act of committing money or capital to an endeavor with the expectation of obtaining an additional income or profit.

I also like the very simple definition by Warren Buffett, who defines investing as “… the process of laying out money now to receive more money in the future.”

In the world of instant gratification, investing is really about delayed gratification. It’s about making priorities with your money. Spending feels good. Splurging is fun.

Obviously this is the case. Everyone knows that Americans are really bad at saving. Even in 2019, 60% of Americans do not have enough reserve cash to cover a $1000 emergency. Yikes.

The point is, put aside a little money for later, think about the future - it can pay.

Why investing is important to me

Although I love to live my life to the fullest, spending as much as I can trying to improve myself and those around me, I do think about the future.

For me, from an early age I’ve been rather obsessed with the idea of investing.

There is always a fine line.

Even though typically I love what I'm spending my energy and time on, I do know I don’t want to “work” my whole life.

“Work” is a funny one. "Work" is something I’ll likely do forever, but the key difference is that I don’t want to have to rely on a paycheck or rely on someone else (government, previous employer pension, family, etc.) to take care of me when I stop receiving a paycheck for my “work.”

For me, personally, my plan from an early age was to save as much of my earnings as possible - with the hope of living off dividends/interest for the vast majority of my life.

This goal wasn’t due to laziness, rather that I can prioritize learning versus ‘earning’ for the majority of my life. Focusing on those things that REALLY interest me, that might not have a great monetary benefit to me personally.

In short, I don’t want to have to rely on receiving a paycheck for the majority of my life…. Investing for me is a means to a happier ending.

Unfortunately, you can’t really rely on anyone else to take care of you at a later stage in life.

Yes, hopefully your family will be around to provide a bit of a safety net, but who wants to burden their loved ones with that? Also, in my mind, you shouldn’t have to rely on the government or some company pension to get you through your older years.

So if you don’t want to work for a paycheck until you fall over - save, invest, start now.

Why it’s important to start early

Part of the reason why I became obsessed with investing (seriously, obsessed, I asked for ‘stocks’ for most of my birthdays starting when I was around 16) was the idea of compounding interest.

It’s “the secret of getting rich slowly and surely.”  Albert Einstein is said to have described compound interest as the most powerful force in the universe, the eighth wonder of the world.

Simply stated, compounding interest is earning a return not only on the amount that you had saved, but also on the accumulated interest you have earned on that investment.

For younger investors, it is the greatest investing tool possible, and should be a massive argument for starting as early as possible.

Here’s a chart that should encourage you to save as much as possible, and make sure that it’s properly invested:

Here's the breakdown of how much you would need to save per month to have $1 million by age 67 if you start at age:

This is oversimplified, obviously, and assumes a 6 percent average annual investment return. So much for ‘waiting and figuring it out.’ Or these examples:

Because of compounding interest, every year delayed (assuming a positive return on your investments), really hurts you over a longer period of time.

ASSUMING you can make a positive return on your invested assets - compounding interest makes it clear that to take advantage of this you should be invested for longer periods of time.

Unfortunately, delaying investing makes things much harder for yourself. If you think of investing as a 'one-time' event and not a process, it is difficult to get started.

It is best to approach investing as a process, and setting up a pre-determined time to invest - weekly, monthly, etc. By setting up something like this, you are taking out the guesswork about when to invest, and just making sure that you are invested - you are in this for the long haul.

So the takeaway would be that investing should be done now and invested for the very long haul, putting aside a little bit early in your career can reap great benefits.

Yes, I’m a little crazy about this stuff, in fact I already have a fund set aside for my future kids - and I don’t even have a girlfriend - but I know that college is pricey and that’s a luxury I want to give them, ideally without relying on a monthly paycheck to do so.

Don’t write off investing for the greedy. Take control of your financial future and start prioritizing it today.